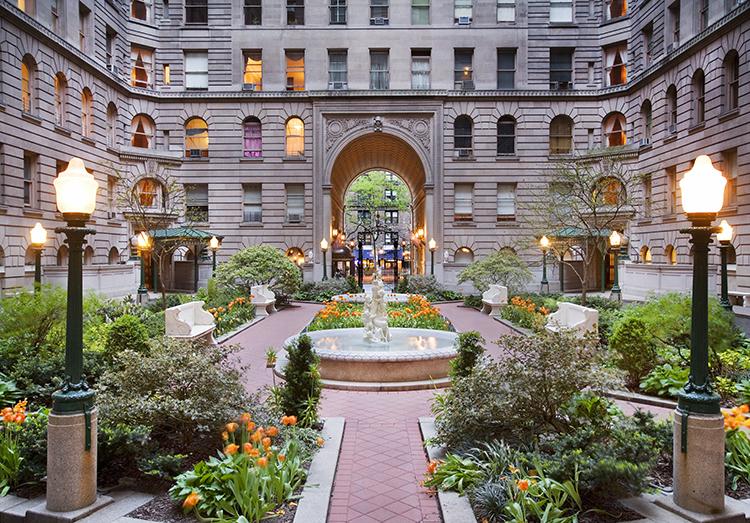 Built in 1908 by the Astor Family in an Italian Renaissance Revival style, The Apthorp encompasses the entire block from 78th to 79th Streets between West End Avenue and Broadway. It is famed for its iron entry gates, hand-carved limestone façade, and private courtyard with entrances on both West End Avenue and Broadway.The Apthorp is located at 390 West End Avenue in the heart of the Upper West Side near Lincoln Center’s Metropolitan Opera, New York City Ballet and the New York Philharmonic, as well as Fairway, Zabar’s, Central Park and Riverside Park.