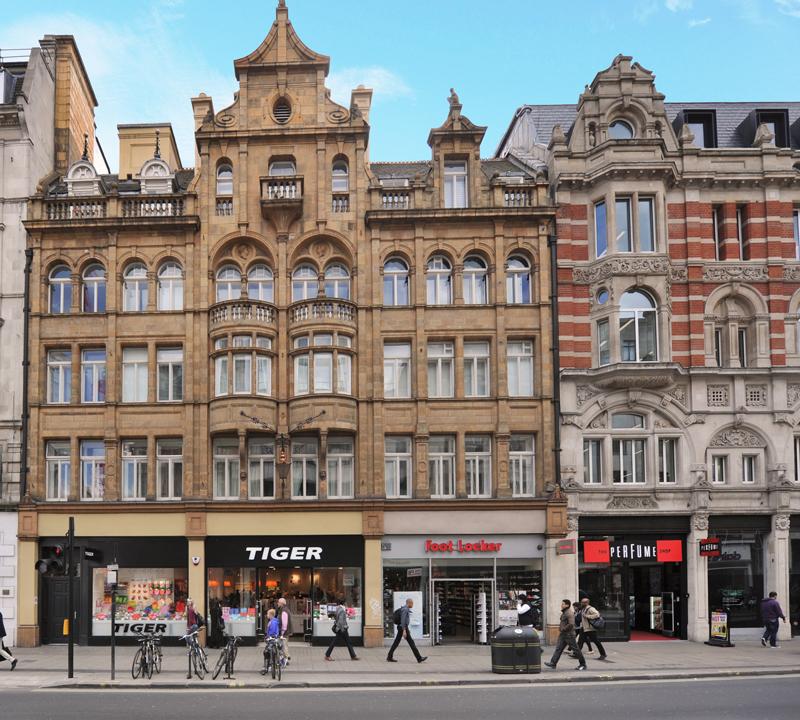 Located on a prime retail block on the south side of Oxford Street, one of the busiest retail corridors in Europe, 105-109 Oxford is perfectly situated at the center of London’s primary retail submarket. With 200 million visitors per year, Oxford Street is a fully-developed retail haven. 105-109 Oxford St. is adjacent to the future Tottenham Court Road station of the Crossrail train line, which is projected to raise the number of commuters to the area from 87,000 a day to over 300,000. Crossrail will increase rail capacity by 10 percent, cutting travel times across the city and boosting fluidity between London’s neighborhoods.